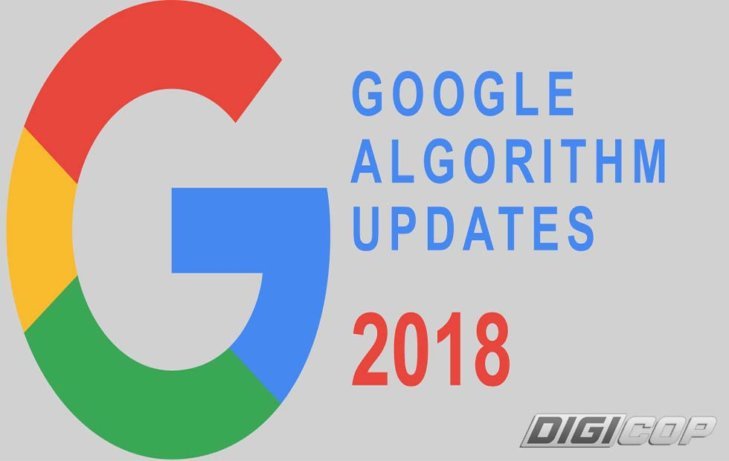 Great day Reader, This is an article to let you know about  What is Google’s algorithm and What are the latest updates of Google’s algorithm.  So what is google algorithm? Google algorithms are a complex system used to retrieve data from its search index and instantly deliver the best possible results for a query. The search engine uses a combination of algorithms and numerous ranking signals to deliver web pages ranked by relevance on its search engine results pages. In early stages Google made minimum amount of changes and updates in its algorithm.Now a days they keep making 1000 plus changes every year. These changes can sometimes be so minute that it hardly gets noticed by us. But google also makes significant changes which have a large impact on the SERP’s .

Panda algorithm is the official name of google update algorithm. It is developed to decrease the sites which have low quality unreliable content and in turn to reward the user with exciting high quality content in the search results. Why panda?. In 2010 there were many talks that  the quality of search results is falling . The users were led to websites with low quality in a search. Google’s Panda algorithm assigns pages a quality classification, used internally and modeled after human quality ratings, that is incorporated as a ranking factor. Any content which is plagiarized,Dublicate , User-generated spam Unreadable keyword stuffing will get you nowhere next to the front page of google. They rank websites using a quality score and only a website with a high quality score will rank in google’s  search console. It was officially launched in 2011. They published a blog 4 days later saying that they have launched a pretty big change in the ranking system affecting about 11.8% of search queries. Later in 2015 Google had announced that Panda has been incorporated into the main core of Google’s algorithm. Over the years they have made significant updates on Panda.

The Panda algorithm was launched by google in 2012 it is also known as the “Web Spam Algorithm Update” by google. A fun fact about the name penguin is that they had named it after a villain from the batman series. The exact launch date of this Algorithm was on April 24th 2012. Now, let’s get some real questions to be answered about the Penguin Algorithm.Why was Penguin needed in the first place?. So Google wanted to respond with another update after panda. This was their response for manipulative search results and rankings through black hat Seo link building. A Google Spokesman said We look at it something designed to tackle low-quality content. It started out with Panda, and then we noticed that there was still a lot of spam and Penguin was designed to tackle that. Google were not messing around. They came in hard this time with penguin. The Objective was to gain a certain control and reduce the effectiveness of black hat spamming techniques Penguin worked toward ensuring that natural, authoritative and relevant links rewarded the websites they pointed to, while manipulative and spammy links were downgraded. Penguin has been a part of google’s main core algorithm from 2016. It has seen many significant updates over the years.It works in real time unlike panda.

Hummingbird Algorithm was launched during its 15th anniversary on september 27,2013. Google claims that its new search algorithm will  Provide more responsiveness,relevant and reliable search quarries in the future. What is a Search Algorithm?. Let’s say for example you type in “ how to make a chocolate cake? “ in google’s search bar Google sends this ask to an index server. The server in turn goes to a main server in which they keyword typed will find a relative or an exact match to “ how to make a chocolate cake?” and provide you with that information. Google Hummingbird is designed to apply the meaning technology to billions of pages from across the web, in addition to Knowledge Graph facts, which may bring back better results. Google is now trying to incorporate more descriptive phrases in its search results. This provides the user to get the most specific searches they are looking for. The Hummingbird Algorithm is a game changing update when it comes to enhancing user experience.The search engine update has since gone through many updates from its inception from 2013. The Algorithm has become smarter and has become more user friendly throughout the year. So we at DigiCop advice you to use long tail keyword phrases in your website because the competition for long tail keywords are considerably less and the content you post will be more specific for user interaction. Use Google’s autocomplete for references on search queries.

The mobile update Algorithm was introduced by google on April 21,2015. The main reason for this update was there was an increase in smartphone users and almost half the users of google were logging in through their smartphones. Google’s Mobile Update (aka Mobilegeddon) ensures that mobile-friendly pages rank at the top of mobile search, while pages not optimized for mobile are filtered out from the SERPs or seriously down-ranked. Google wants to inform the people to improve their websites and make it mobile friendly because it is very important. By 2015 a google executive had said that the number of mobile users have surpassed the users who use personal computers. They want the websites to be tailored for smartphone screens something that will increase the user experience for the mobile users. So we at DigiCop urge you to make sure that your website is mobile friendly. The name Mobilegeddon was given to this Algorithm by not the company itself but by the general users. 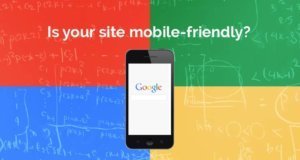 RankBrain is a machine learning system which is a part of Hummingbird’s  it is a machine learning system that helps Google understand the meaning behind queries, and serve best-matching search results in response to those queries Google uses machine learning which identifies relevant features for web page rankings for a search term. Google says RankBrain is the third most important ranking factor. RankBrain Update was a significant update of hummingbird and was launched at October 26th of 2015. It went online by April of the same year but was supposedly revealed to the Outside world in October. A famous article at that time described “RankBrain uses artificial intelligence to embed vast amounts of written language into mathematical entities — called vectors — that the computer can understand. If RankBrain sees a word or phrase it isn’t familiar with, the machine can make a guess as to what words or phrases might have a similar meaning and filter the result accordingly, making it more effective at handling never-before-seen search queries.  15% of queries processed  by google are new in other words nobody has searched using these exact terms before. RankBrain is a processing algorithm that uses machine learning to bring back the best match to your query when it isn’t sure what that query “means.” 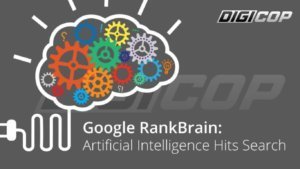 An Algorithm with had a direct effect on local search queries The Possum update ensured that local results vary more depending on the searcher’s location the closer you are to a business’s address, the more likely you are to see it among local results. Possum also gave a boost to businesses located outside the physical city area. This is the largest update we have seen since pigeon in 2014 in local search listings. One of the main things to be updated was google’s filter that appears to the local results. After this update many local businesses saw a massive increase in local rankings. Google is now filtering based on address and affiliations we at DigiCop are  seeing a lot of businesses filtered out due to the address of the business being the same as another listing in their same category. Google is very sophisticated. They just don’t only see the address in Google My Business. The physical location of the searcher has never been so important before. The search vary on the slight variations of the keyword searched. The local filters are much more independent than ever to organic filters. Google is still A/B testing many ranking signals.Algaroo is showing fluctuations in search results So far, the filter seems to be holding steady, but We at DigiCop are evaluating more and more cases to see additional patterns. Possum was launched in 1st september 2016 and has been frequently updates with minimal changes constantly.

The latest Update in Google’s Algorithm came last year on March 8 of 2017. This update was a revolution as Google started to track all the websites which were not following its Webmaster Guidelines. The sites which were affected were the ones will low quality posts or blog posts with close to zero user experience. Fred technically is not even an Algorithm “Fred” is a catchall name for any quality related algorithms updates related to site quality that Google does not otherwise identify.These Google quality updates did not refer to one set of algorithmic processes and/or update(s). It was largely just a common way for SEO professionals to refer to a series of unconfirmed Google updates that had a much wider scope than Panda.Fred was different than any other “named” algorithm updates because it doesn’t actually mean anything except that Google updates the core algorithms to deal with quality issues and they only gave it that name as a joke.Now Google does many of these quality updates and most go unnoticed.DigiCop advices you to regularly update fresh content and increase your quality score for your website.